Juice Guru is a positive brand dedicated to actively encouraging people to live healthy lives. So, why then would we publish a “top 5” list of those celebrities who are not … how shall we say it … at their best?

It’s not what you think.

We’ve all seen those cruel “top” lists of badly aging celebrities. Those other lists exist solely to set celebrities up for ridicule (sort of kicking them while they are down) or call them out as cautionary tales of “don’t let this happen to you.”

At Juice Guru, we believe that there isn’t a person out there who wouldn’t benefit greatly from a juice makeover. We’ve selected these 5 high-profile people as examples of what we think daily juicing (and perhaps a lengthy cleanse) would do for them. If it can help these celebrities at the extremes, imagine what it can do for you.

We sure hope these celebs are listening… 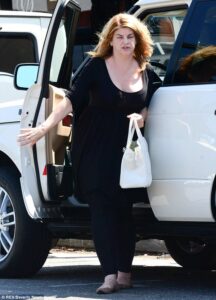 Kirstie’s challenge:  In her prime, Kirstie Alley was one of the most beautiful actresses around. At 63, she still is stunning. But through the years, Kirstie has fallen victim to weight gain and, even worse, yo-yo dieting. Kirstie was the spokesperson for Jenny Craig from 2004-2007, she has had her own diet line since then, and just recently signed back up with Jenny Craig to lose another 30 pounds. It’s unclear how many other diets Kirstie has tried, but one thing is clear: She has become just as famous for her up and down weight as she has for her acting career.

Yo-yo dieting is not only frustrating, but very hard on your body. Often, you lose weight quickly, only to gain that weight back – and then some. The problem is that fad “diet cures” come and go, and they are neither good for your body (think high meat, low carb fads) nor sustainable in the long run (think prepackaged meal plans).

Juice Guru Cure:  Daily juicing is just what Kirstie needs to drop that 30 pounds and keep it off for good. Having just one fresh 24-32 ounce juice in place of breakfast every morning delivers the equivalent of a week’s-worth of nutrition directly into your cells. After that, you can go about your day doing and eating whatever else you want (without the worry of whether it fits on some “diet plan”). The pounds come off, but more importantly, they come off in the healthiest way possible.

Of course, we recommend a whole-food diet, rich in plant-foods and daily exercise. But we know once you feel the vitality, youthfulness and energy you gain from daily juicing, you will naturally make sustainable healthy choices.

2. Lindsay Lohan – Out of Control Twenty-Something Aging (WAY) Too Young 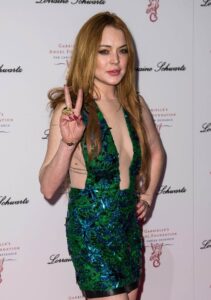 Lindsay’s Challenge: Since her early adulthood, Lindsay Lohan has chosen a tough road full of partying, arrests, and extreme difficulties on the sets of her various acting projects. Her partying ways have badly damaged her reputation and career. And, today, she looks as though she has aged decades in just a few short years. Much of her troubles involve drugs and a hard lifestyle. Another large part appears to include her psychological and emotional stability.

Many celebrities are turning to extreme “party-cures” like intravenous fluids at specialty hangover clinics. These are nothing more than (possibly risky) quick fixes that allow troubled people, like Lindsay, to continue partying with reckless abandon. Even rehab seems to be a revolving door for many troubled young people, as many fall right back off the wagon.

Juice Guru Cure:  In conjunction with a rehab, we recommend a juice feast for Lindsay. One to two weeks on nothing but freshly-pressed fruit, veggie and green juices will cleanse her body, clear her head and start to rebuild her organs. A slightly longer cleanse of two weeks or more will help her excise her body of harmful addictions as well.

Perhaps most important for Lindsay, one of the lesser-known benefits of juice fasting is the effect it has on increasing brainpower and focus. Just as astounding is the effect juice cleansing has on emotional stability – cleansing out deep-rooted emotional blocks that have remained stuck for years.

Once Lindsay is cleansed, we recommend she maintain her mental and physical health with Daily Juice. Unlike anything else she has tried, this should keep her on track for life.

3.  Britney Spears – Looking (FAR) too Tired in her Thirties 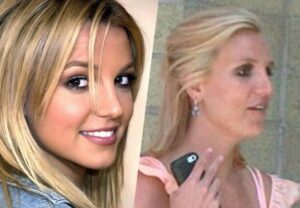 Britney’s Challenge:  If you didn’t already know, you would never guess that Britney Spears is only in her early 30s. A difficult time with fame, marriage, and mental stability has caused Britney to lose her “umph” and youthful looks. But they don’t have to be lost for good…

Juice Guru Cure:  That energetic, young-looking Britney is still in there. It’s never too late to recapture your youth, and certainly not at the tender age of 33. Just a 24-32 ounce freshly-made green juice first thing in the morning will deliver all the antioxidants, phytonutrients and revitalizing power needed to take 5 years back off of Britney’s look and feel. That’s it!  You can even eat a light breakfast 20 minutes later. No other change is required.

Of course, Britney (or you) could jumpstart this transformation with a short (7-10 day) juice feast. That would clean out the gunk and allow her to rebuild her body the right way.

4. Vince Vaughn – A Bloated Version of his Former Self 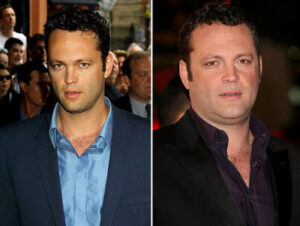 Vince’s Challenge:  Remember the Vince Vaughn of Swingers’ fame? That tall, lanky, young-looking guy who stole the show? True, that was almost 20 years ago. But at 44, Vince is the same age as VegWorld Magazine’s sexiest vegan of 2014 – the (still) baby-faced, chiseled-ab’ed, Jared Leto. We’re sorry, Vince, but at this point you could almost pass as Jared’s dad (or at least his cool uncle).

Vince’s not-so-healthy lifestyle is apparent in his now bloated appearance. He is still an incredibly funny comedian, but we think he could steal the show (and women’s hearts) again with the right cure.

Juice Guru Cure:  Just like Kirstie, daily juicing is what Juice Guru orders for Vince. With just one fresh 24-32 ounce juice in place of breakfast every morning, Vince would get all the nutrition he needs to recover his youthful glow and the slimming power to ditch that bloat.

And, hey, with a short 7-day juice feast to start him off, he may just lose that double baggage he seems to be carrying under his eyes too… 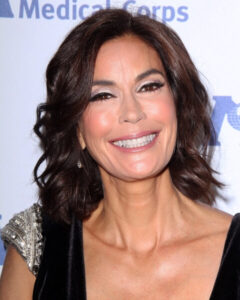 Terri Hatcher is gorgeous. She has always played the sexy vixen – even into her 40s. At the age of 50 she still knocks ‘em dead. But why, then, has Terri been on the top of every recent list of badly aging celebrities?

Terri’s Challenge: Terri is finding herself on the “no-no” celebrity lists because of her choice to go the unnatural route of using plastic surgery to stay young-looking. Perhaps Terri hasn’t gotten the memo that in 2014/15, women are learning how to erase decades from their looks, naturally.

Juice Guru Cure: You guessed it! Terri needs a Daily Juice regimen. Drinking a 24-32 ounce green juice every morning on an empty stomach will deliver more antioxidants, phytonutrients and revitalizing power than any other food, drink, supplement or expensive beauty product she could take. The structured water contained in fresh, raw juice keeps your skin naturally moist and supple, while the antioxidants and other nutrients minimize wrinkles, naturally.

And, as you may also have guessed, Terri would do well to jumpstart her cleansing with a 3- to 7-day juice feast.

The Cure for Anything that Ails You

If you see any of these celebrities, please pass on our recommendations.

In the meantime, we recommend that you try daily juicing yourself for 30 days. By day 31 you will look and feel better than you can ever remember. Once you’ve rediscovered the best you in there, you will likely have already created a habit for life.