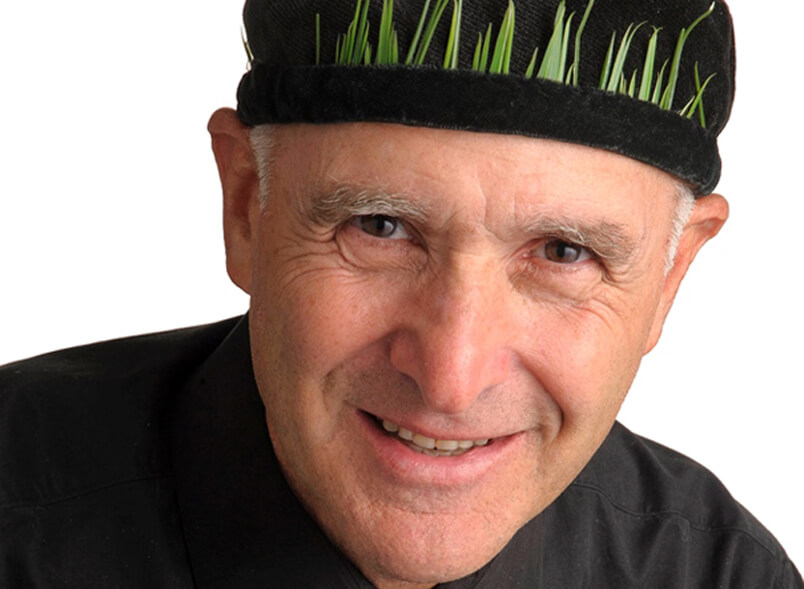 It is with a heavy heart that I write this blog post. The world has lost an incredible man who gave his life to educate us on the benefits of natural health. Sproutman Steve Meyerowitz was taken from us in an automobile accident two days ago at the young age of 65. When I heard the news today, my heart dropped. As I sit here, I am finding it hard to find the words.

In my last conversation with Steve about a month ago, he was just returning from a friend’s funeral. He told me how sad it is…that we have to watch our friends and family suffer from diet-related diseases and eventual death- when we have a solution that doesn’t include medication and painful surgery. We wondered why they consider us the “crazy” ones and how we can overcome these negative challenges. And we tried to figure out how we could better inspire more people, including our family and friends to seek a natural, healthy solution. I’ve always had the utmost respect for the inspiring line of work Steve has produced. This includes over 10 books, sprouting equipment, wheatgrass supplements, online courses and much more.

Steve Meyerowitz promoted the health message long before it was considered cool or trendy.

I feel lucky to have known him. We created an audiobook together “Steve Meyerowtiz’ Wheatgrass Audiobook” and he is a professor in our Certification Program. We were going to produce a variety of courses for Juice Guru Academy next year. I want to share an interview I did with Steve just a few months ago. I am happy to have shared time with him. I wish his family deepest sympathy, love and support. We lost a true inspiration.

Steve was pronounced “Sproutman®” by Vegetarian Times Magazine in a 1979 feature article that explored the why’s and wherefores of his 100% sprout diet. While over 2 decades time, most diets change, Steve was still a big “believer” in healthy diet and lifestyle. 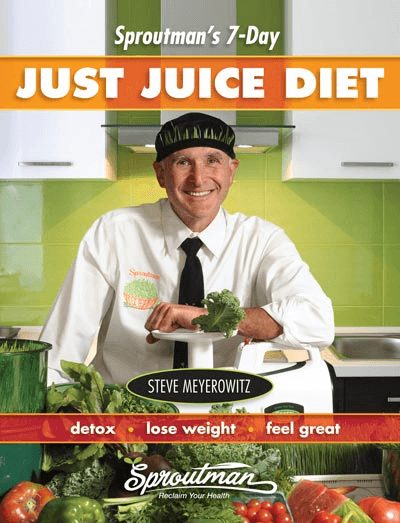 Steve got interested in natural foods after a 20 year effort to correct chronic allergies and asthma with conventional medicine. He made dramatic changes in his diet and within two months of eating a strict “living foods,” vegetarian diet, his lifelong symptoms vanished. He continued to practice a 100% raw foods diet (nothing cooked, packaged, canned, frozen, or processed) for five years. During that time, he also experimented with other extreme diets such as fruitarianism (just fruit), juice fasting for as long as 100 days, and briefly, breatharianism (no food, no water).

Steve’s innovative kitchen gardening techniques and the cuisine he developed from them, gave rise to a “School for Sprouts.” He began teaching indoor gardening 12 stories above the streets of New York City. He called his no-cooking school, The Sprout House, since so much of his cuisine included vegetables from his kitchen garden-sprouts. Steve invented two home sprouters, The Flax Sprout Bag and a tabletop greenhouse called, Sproutman’s Kitchen Garden Salad Grower. He also supplied his growing kits and a full line of organic sprouting seeds via mail order.

Steve had since sold the mail order business and he and his family decided to breathe fresher air in the Berkshire mountains of Massachusetts. Much of the information from his teaching years have been related in his books. He has the most popular books on sprouts, including Sprouts the Miracle Food, Sproutman’s Kitchen Garden Cookbook, and Wheatgrass Nature’s Finest Medicine, to name a few. But he also has other books on subjects such as fasting and raw juice therapy.

A funeral service will be held on Sunday, September 13 at 9:30 am, at Hevreh of Southern Berkshire, 270 State Road in Great Barrington, Massachusetts. Internment will follow at the Ahavath Sholom Cemetery on Blue Hill Road. Thank you for the inspiration and love you gave to all of us Steve Meyerowitz.  You will be forever in our heart.