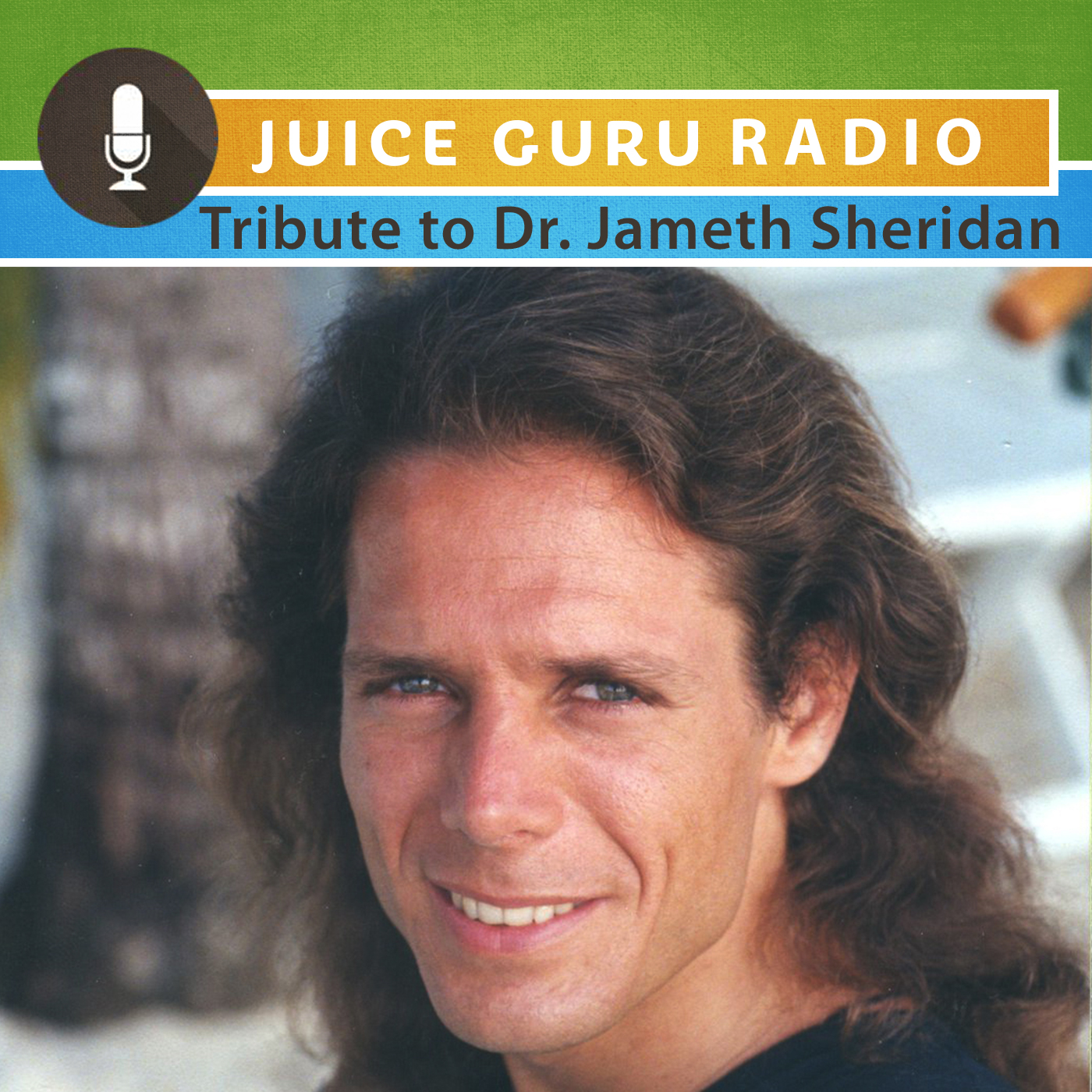 Who:  Dr. Jameth Sheridan – A true Health Warrior, Dr. Jameth Sheridan, recently passed away. Dr. Jameth Sheridan, Doctor of Holistic Medicine, Naturopath and Hard-Core Natural Medicine Researcher, was one of the early pioneers of the vegan, organic, holistic, and raw foods movements.  He was also the co-founder of HealthForce Nutritionals, which over the past 20 years has become one of the premier superfood and alternative medicine companies in the world, providing extreme quality and value bio-compatible nutritional superfoods internationally, including to people with life threatening conditions. In 1990, he invented the flax tortilla, which, with the help of his wife Kim, became the now famous flax seed cracker. The original recipe was introduced in the 1991 edition of  “Uncooking with Jameth and Kim.”

What We Talked About: This episode is a tribute to the memory of Dr. Jameth Sheridan and shares a rare interview he did on the evolution of human beings. Dr. Sheridan’s passion and knowledge will continue to be shared and this episode provides an example of how powerful he truly was.

Why I Like Dr. Sheridan:  We had been close friends for the past 10 years. I will miss having Dr. Sheridan as the guiding light and inspiration in my life, as will thousands of others.

Where to Learn More: www.healthforce.com