Award-winning author Jesse J. Jacoby joins shares the top 17 healthiest choices we should make each day while eliminating the top habits that are depleting your body.

Get Jesse’s new book (I LOVE it!): Eating Plant-Based: The New Health Paradigm

About the Guest:
Jesse Jacoby is a loving father, brother, son, grandson, cousin, nephew, uncle, and friend who enjoys spending time with his family, navigating what remains of the North American forests, observing wildlife, organic farming, playing in nature, preparing raw organic plant-based meals, raising awareness about environmental issues, running the trails in the state parks, exercising, reading and researching, acquiring knowledge, writing, music, playing guitar, coaching others back to health, and helping everyone around him elevate their consciousness and pursue their passions.

His wish is to one day live in a compassionate world where people no longer eat animals; wild animals roam free without hunters trying to shoot them; oil is obsolete and remains underground; logging is banned; dams are removed from the rivers; GMOs and food chemicals are erased from the food supply; prescription drugs, vaccines, cigarettes, and alcohol disappear; cleaning chemicals, herbicides, and pesticides are banished; hemp and bamboo are the only natural resources used for production; all corporations and industries collapse and we resort back to small family-owned businesses; war is a fairy tale; mainstream media delivers the truth; wealthy people actually care for the underprivileged and use their resources to end poverty; indigenous tribes live free without corporations threatening their survival; sonar testing is not allowed in the oceans and humans do not impede on marine life; and money does not rule our lives.

He knows that we all would be happy if this were accomplished. 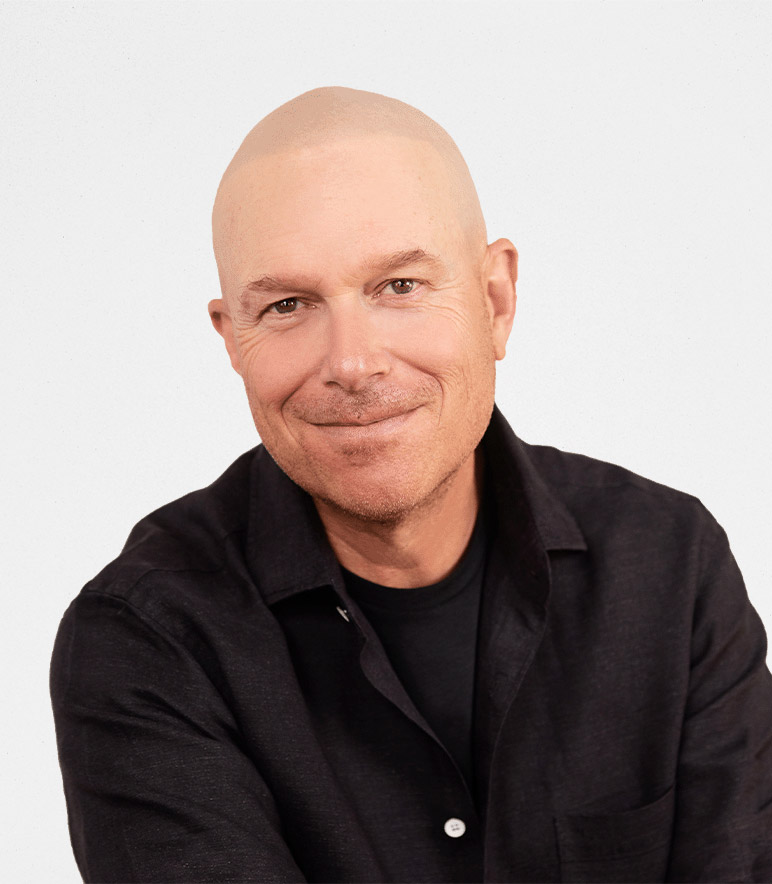 Over the past decade, Steve has built several six and seven figure businesses in the wellness space. He is the founder of Juice Guru Institute and #1 Amazon Bestselling author of “Juice Guru: Transform Your Life with One Juice a Day” and "The Complete Idiot’s Guide to Juice Fasting".

How to Escape from Diets

How to Heal with Qigong 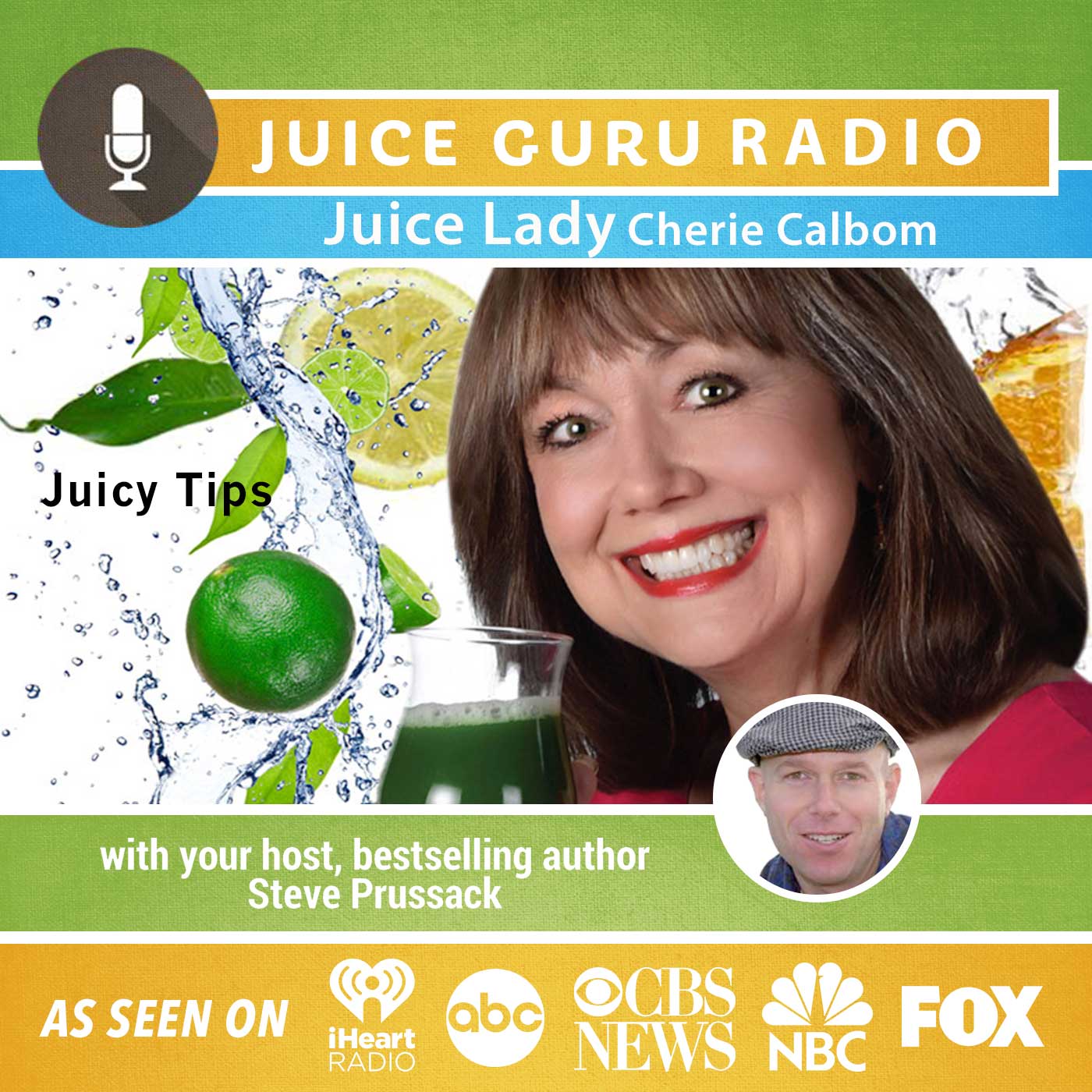 How Juice Can Get You Healthy 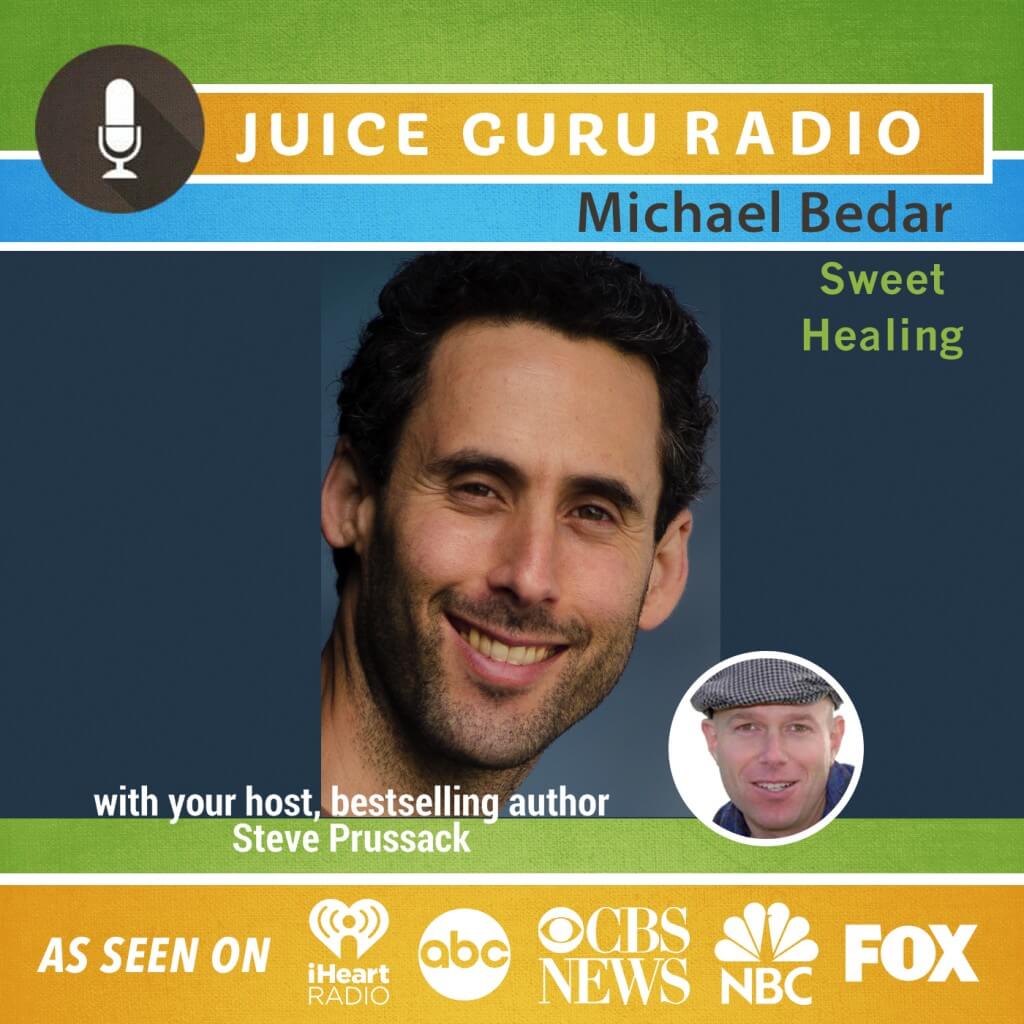 How to Heal Yourself

Inspire yourself to the health results you want 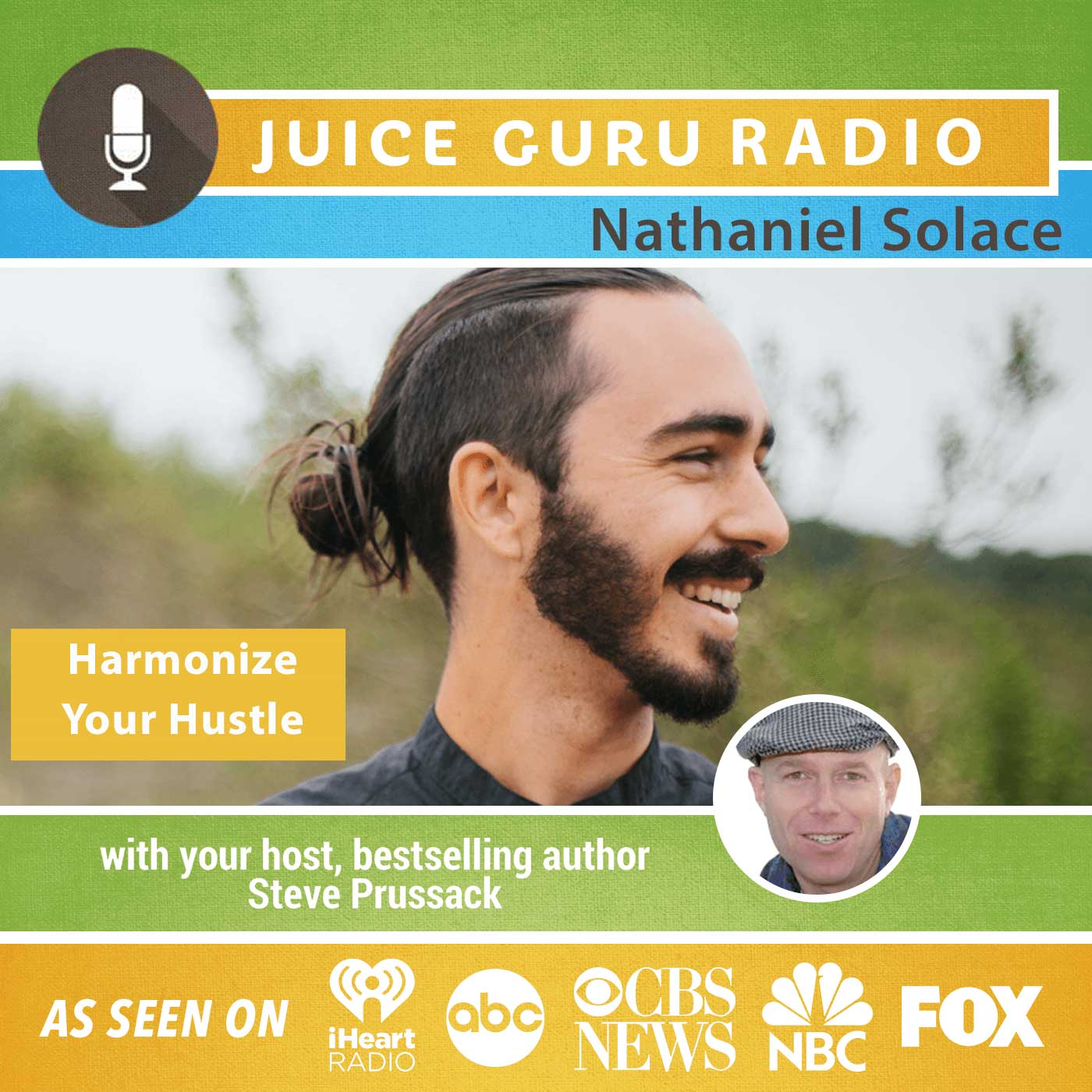 How to Improve Productivity

Find out how to attain high performance, mindset & productivity upgrades with Nathaniel Solace.

Listen Now →
Our business was struggling…The program showed me how to get my voice out in a bigger way. Now I’ve been featured on popular TV shows, in national magazines and have a worldwide following of fans. … I’m thankful I took the Juice Guru Certification Program because it was the fuel that grew my business (and celebrity) to a level I never imagined before.
Chef Babette DavisCertified Juice Therapist, Celebrity Chef, and Co-owner of Stuff I Eat Restaurant 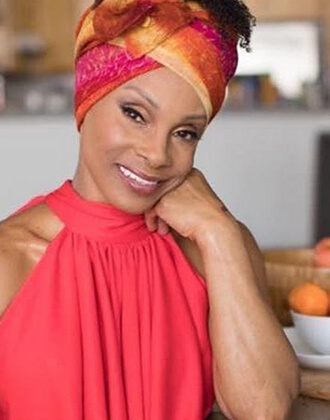 I had just graduated from IIN as a general Health Coach. But after graduation I was lost as to how to start my Health Coaching business. I finally realized the answer was to focus my business around juicing. And Juice Guru Institute gave me the education and certification I need for others to take me seriously and the programs and tools to launch my practice.
Chari GrubeCertified Juice Therapist 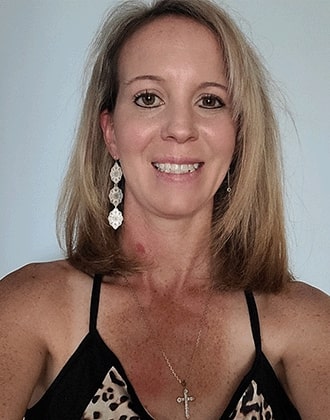 My Juice Therapy Certification gave me the confidence to grow my business. What started as a side hustle has become my full-time business with significant growth since opening our new space (currently 400% sales growth over last year). Juice leads our sales and is the core of our brand.
Sarah VerlindeCertified Juice Therapist, Owner of Nourish Juicery and Kitchen 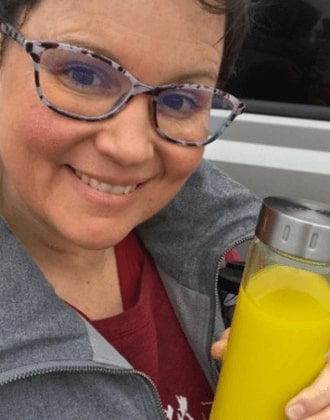 My CJT training continues to be one of the best investments in my career as a health coach – opening doors to new opportunities. Juicing is now the foundation of my 1-on-1 health coaching programs. I also host seasonal group juice cleanses, helping people interested in juice fasting do so safely and effectively. And due to my Juice Guru juice therapist certification, I was able to publish my first book.
Stephanie LeachCertified Juice Therapist, Health Coach and Published Juicing Author of Amazon #1 New Release 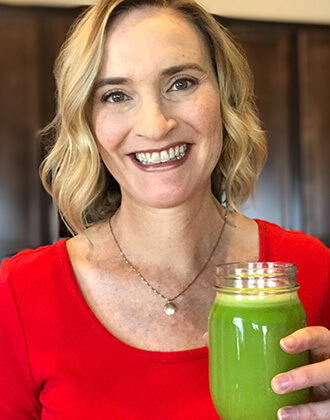 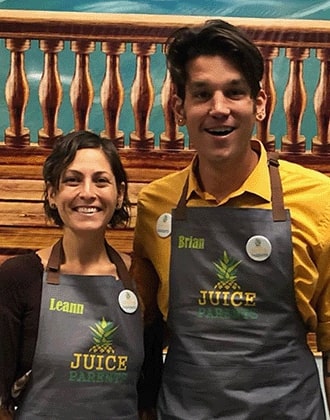 I took the Juice Guru Certification program and I’m so glad I did. I gained the confidence, knowledge and blueprints that I needed to open my juice bar and serve my clients in a more health and wellness-based way. I learned how to properly juice, the enormous benefits of incorporating it into your daily diet, and the powerful healing that you can achieve.
Sheila HallCertified Juice Therapist and Owner of Eistrong Herbal Tea and Juice Bar 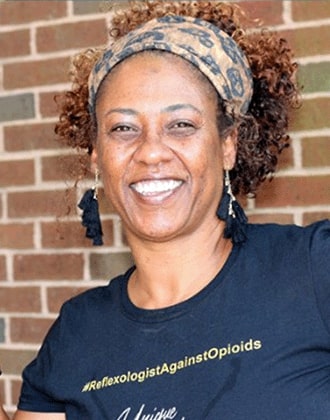 I got chills holding my certificate and I am certain this is one of the best decisions I’ve made. This is my calling to help others. Thank you Steve Prussack for this amazing program! My eyes are wide open now!
Ana RiveraCertified Juice Therapist 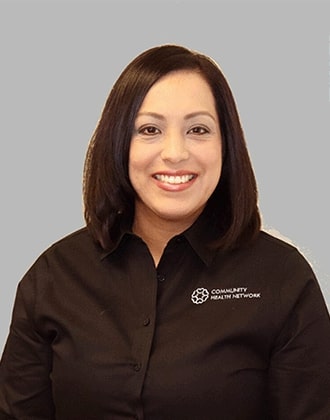 Discover How Becoming A Certified Juice Therapist Helps You Achieve

And Transform The Lives Of Your Clients